Why I became a Loss Assessor

Why I became a Loss Assessor

When I left school in 1980 there was a recession in Ireland and many of my school friends went abroad to work or some went to college and then went abroad.  There was a limited number of jobs going in the Banks and the Civil Service but I got a job in Irish National Insurance, through a recommendation from my Aunt who worked in New Ireland.  My parents were proud that their son had landed a good pensionable job.

After several years working in the claims and underwriting 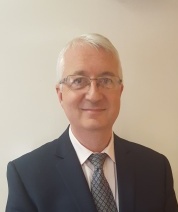 departments and passing the insurance exams (ACII) I had a yearning to do something else.  My parents had always been hard working, and I was not afraid of hard work.  My father owned a pub, The Temple Bar in Dublin, and my mother whilst being the primary housewife and general dogs-body at home looking after my Dad and four children, also manufactured and sold her own range of skin care products.

From a very early age I was an “ideas man” and used to sell fruit and veg from the garden to the local greengrocer.  I made and sold Christmas decorations to family and friends, and I operated a mobile DJ business with a friend.  I could have gone into the pub trade, but I didn’t fancy that life.

Each time I got itchy feet in my “good pensionable” insurance job, they kept promoting me.  Every two or three years I would get another move and each time I would rise to the new challenge and decided to stay a bit longer.  However, I became dissolutioned about the amount of times as a ‘company’ man that you had to say “no” to customers and brokers.  Lots of requests for cover or queries raised, fell outside the “company criteria” and could not be accommodated.  This went against my customer service ethos, as I wanted to solve peoples problems. I thought about insurance broking, but “claims” was in my blood.

It was while dealing with home owners on property damage claims that I noticed that they needed help and assistance in relation to compiling and submitting their claim.  People didn’t understand the process as most had never had to do it before.  There were very few Loss Assessors around back then.  Most claimants didn’t understand the terms of the policy, or the process, and were left to figure it out as they went along.  Sometimes to their detriment, although there was a lot more independence exercised by loss adjusters at that time.

I took a leap of faith in 1999 and set up my own Loss Assessing company, Claims Management International.  (I subsequently merged the company with Balcombes loss Assessors to form Balcombes Claims Management).  I felt empowered to make a difference in peoples lives.  When someone suffers fire damage in their home or business, they need support, advice and practical help.  They need someone who can negotiate all the details with the loss adjuster and advise them on their rights.  The insurance industry’s official response is to send out a claim form and ask them to complete and return it with estimates for repair or replacement.  A loss adjuster is appointed, but they are more interested in completing their standard forms and establishing the cause of damage, the adequacy of the sums insured, and whether policy terms and conditions have been complied with or not.  The requests for information and the hurried process can leave the devastated property owner feeling even more daunted.

Every claim is “adjusted”, which is a euphamism for “pared back”.  Over the past few years of the current recession, the insurance industry has taken a particularly hard stance against claims costs, which is their largest overhead.  This is fair enough against Third Party claimants, particularly the invisible whiplash injury, but not so fair for property ‘own damage’ claims.  Insurers drove each other to lower premiums to compete for market share of a decreasing slice of a smaller cake. On-line offerings and intense marketing campaigns led to lower prices, but results-driven managements pushed claims costs (and reserves) down, to try and remain solvent.  This led to even greater pressure on loss adjusting companies and has led to a yellow-pack approach with increased workloads and less autonomy.  Many adjusters have left the industry as they could find no satisfaction from their jobs.  They felt under pressure from their superiors, insurers, claimants and loss assessors. How could they get job satisfaction when they couldn’t give customer satisfaction?

Meanwhile, ordinary decent claimants continue to struggle to get a reasonable settlement within a reasonable timeframe, and this is becoming increasingly difficult as costs of labour and materials is on the rise.  Yet Insurers are still trying to force people to accept rates that have not increased in over five years.  Adjusting companies need to stand up to Insurers to be able to get back to doing the right thing and being more honourable in delivering satisfaction.

No matter what 2016 holds for insurers, one thing is for sure, the premiums of the many must continue to pay for the losses of the few, and policyholders continue to pay the industry’s wages.  It is time they remembered to put the customer who suffers a loss, back at centre stage.  Failure to do so will result in some insurers losing market share in a rising market.  The other certainty is that claimants need help and support, and this is even more important now than ever.