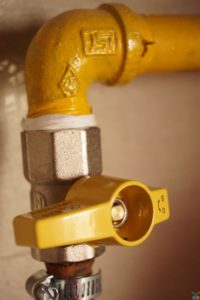 Water meters are being installed by Irish Water outside properties all over the country.  This is a very unpopular measure that is being seen as an additional tax burden placed on Irish citizens to pay for ‘bail-out’ following the collapse of the banks in Ireland.

But what happens if your property suffers a burst pipe and there is a sizeable bill for metered water that may have been flowing un-detected for some time?  Will Irish Water be willing to waive or discount such a bill?  Will your Insurance policy cover it as part of the loss and damage caused by the leaking water?  The short answer to both is “no”.

Some commercial property policies cover water charges incurred as a result of a burst pipe claim that is covered.  However, there is no specific wording in household policies to cover it.  The same applied when Fire Brigade Charges were initially introduced, and eventually Insurers agreed to pay for any invoiced charge.  However, it will be more difficult to “vouch” in water leak situations as there is no way to acccurately calculate how much of a given bill was due to loss from a burst pipe.  It may be possible to compare it with previous billing periods, but that will not necessarily prove that it was all down to a leak as opposed to watering the garden!

At the moment the cover under the ‘escape of water’ peril relates only to ‘damage’ caused by the escaping water and  does not even cover the repair to the component itself.  So clearly there is no cover there at present.

It will be interesting to see if the Insurance market reacts to provide the cover as a selling point.  In the national media on 11th November 2014, it is being reported that Allianz are the only Insurer that have confirmed they will cover such water charges folllowing an insured leak.  They advise they will be capping the limit on water charges cover at €1,000, and it only operates where there is insured damage.

No doubt Insurance brokers will seek cover to protect their clients against such loss.  Generally, Insurers respond favourably to such additional covers if they can charge a premium for the additional cover, and they will generally put a limit on the cover provided.

As always it will depend on the policy wording as to how the policy will respond.  It will take a period of time before insurers up-date their policy wordings.  It takes in excess of a year to issue new endorsement wordings to existing policies as they fall due for renewal.

As always, the best advice in the event of a claim, is to seek the professional advice of a Public Loss Assessor to ensure you receive your full entitlement under the terms of your policy.